Carole stumbled across the station via our Facebook post and quickly became a fan of the music and presenters. In fact she supported and offered so much help on a number of Social Media platforms that she became our no 1 Super fan.

Carole then began to offer ideas on how the station could bring in revenue to help with the ever increasing running costs and has written letters to local businesses about advertising. She has also gone one step further and sent out a letter to our local Television studios in hopes that they may be interested in doing a story on us, (keep watching this space). Carols support was somewhat overwhelming to say the least so a decision was made to make her our official Fund Raiser. On behalf of us all at Gemini Sounds Radio Carole thank you for everything that you do behind the scenes. 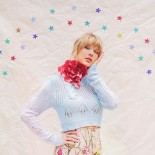 Listen Again To The Wonder Years With Ian & Penny.

Check out our new Show on the schedule!!